Xiaomi India has officially announced the launch of Mi TV 4A series in India. Less than a month ago after there big launch of its first ever Mi TV in India. The Mi TV 4 55-inch with 4K HDR display which was aggressively priced at Rs. 39,999. With Mi TV 4 Xioami clear intention of disrupting the television market which has been dominated by some of the major brands like LG, Samsung and Sony were clearly seen. Now with the launch of Xiaomi Mi TV 4A, the company now seems to be entering the market which is mostly captured by brands like VU, Micromax etc.
Xiaomi has announced the launch of Mi TV 4A in India with two different size variants The 32-inch model which is priced at Rs. 13,999 and 43-inch model which is priced at Rs. 22,999 with this price tag they are one of the most affordable Smart LED TV in India. Both the units will be sold exclusively via Flipkart and Mi.com. Also, Xiaomi confirms to have much more units on there very first sale which could possibly be a sign of relief to many customers who are willing to buy one. 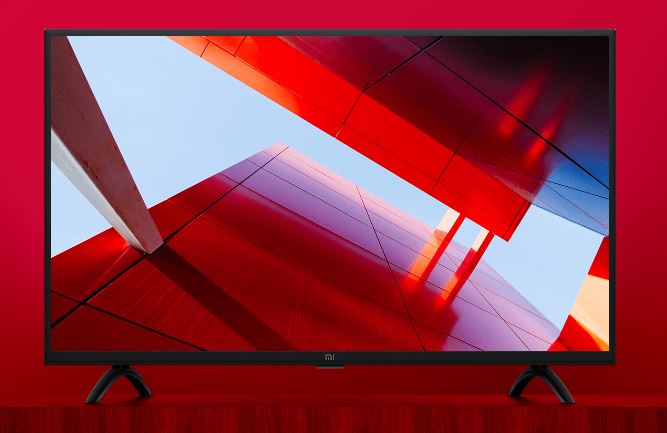 The 32-inch model comes with an LED panel with HD-ready resolution of 1366 x 768 pixels. The TV is powered by Quad-core Amlogic cortex A53 SoC which also comes on the Mi TV 4. The panel offers a great viewing angle of 178-degree and has a refresh rate of 60Hz. The Mi TV 4A comes with 1GB RAM and 8GB of storage also supports WiFi, three HDMI, two USB, one ethernet, one AV and audio output ports. The Mi TV 4A 32-inch also runs PatchWall UI based on Android that offers video streaming experience across all video sources. The remote which comes with the TV can be used to control both the TV and other gadgets connected for video sourcing. The TV also comes integrated with good performing speakers of 5W each and weighs around 4kg.

ALSO READ  OnePlus 6T to Launch in Next Few Hours, Here is how to watch it Live

The Mi TV 43-inch is a bigger variant of the 32-inch model. The Mi TV 4A offers a better 1080p panel and comes with 178-degree wide viewing angles, dynamic response of around 6 milliseconds and 60Hz refresh ratio. The Mi TV 4A also gets the quad-core Amlogic T962 chipset based on Core A53 CPU and 1GB RAM and 8GB of internal storage. The connectivity options of the TV include dual-band WiFi and Bluetooth 4.2. The Mi TV 4A 43-inch comes with a bunch of connectivity ports like three USB port, three HDMI, one AV, one Ethernet and one for earphone. Like the Mi TV 4A 32-inch and its bigger brother Mi TV 4 the Mi TV 4A 43-inch also runs on PatchWall UI with streamlined user interface and an AI algorithm that predicts different shows and movies to the user. The Mi TV 4A 43-inches also comes integrated with custom-tuned speakers along with DTH support and Dolby. The TV measures just 10.5mm and weigh around 7.8kg.

If both the variants are been compared with the Chinese version, the 43-inch Mi TV 4A comes with downgrades but still cost more and the 32-inch Mi TV is costlier for Indian market although it comes with little upgrade than the Chinese variant.  The Launch of the whole new family of Mi TV in India would really make an impact on some of the leading electronic brands in India. It seems to be playing around with the same formula which Xiaomi applied back then with Mi Smartphone in India. But at this price range, Xiaomi seems to have played the game well. Stay tuned for more updates.

Xiaomi Redmi 5, Redmi 5 Plus or Redmi Note 5? Xiaomi India has finally announced the launch of their first product of 2018 in India on February 14th. Xiaomi has sent out invites with number ‘5’ along with the date, it could be the Xiaomi Redmi 5 series which was […]