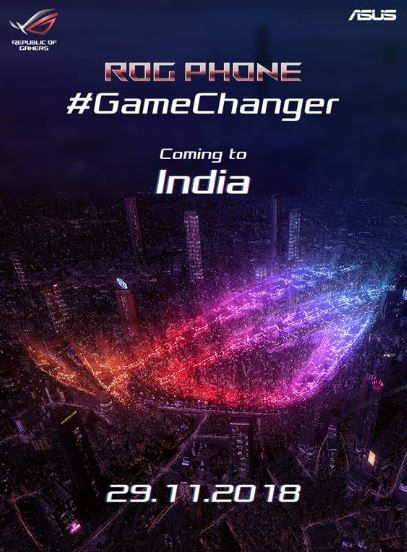 The company is been in the top names for affordable premium looking smartphone in India, and now with the launch of a gaming smartphone. The company is expecting it to be a game changer and the very first gaming handsets which will change users smartphone gaming experience.

Gaming smartphones are quite popular in other Asian markets and also well known in the western world. Asus India has partnered with a major online retailer Flipkart through which the device will be made available.

The smartphone will feature a 6-inch AMOLED HDR display with a 90hz refresh rate and a contrast ratio of 10,000:1. The device is been powered by an overclocked 2.96Ghz Qualcomm Snapdragon 845 processor with Adreno 630 GPU, purely optimised for gaming. The overclocked processor is been paired with 8GB of RAM and 512GB of storage. The ROG smartphone comes equipped with the world’s first 3D vapour-chamber cooling system which Asus calls it Gamecool. The gaming smartphone packs a 4,000mAh battery with two front-facing stereo speakers with smart amplifiers which maximise volume with a very little distortion.

There are many unique features which come with the smartphone. It has a side-mounted port and multiple ranges of expansion accessories which include TwinView Dock for dual-screen handheld mode, the Mobile Desktop Dock for desktop-style gaming, and the Gamevice controller with WiGig Dock. The phone is also equipped with innovations like Asus Aura RGB lighting and Hypercharge direct-charge technology for safer, faster and better cooling battery charging.

Aside from the legacy ports, Asus ROG Phone has extra side-mounted custom USB-C connector that underpins coordinate charging, HDMI yield, gigabit LAN and earphones. What’s more, when the AeroActive Cooler is sent, it gives a side-mounted USB-C port and 3.5mm earphone jack for unhindered ongoing interaction. The telephone has scored 304,000 on AnTuTu benchmarks and is among the best telephones in the positioning. 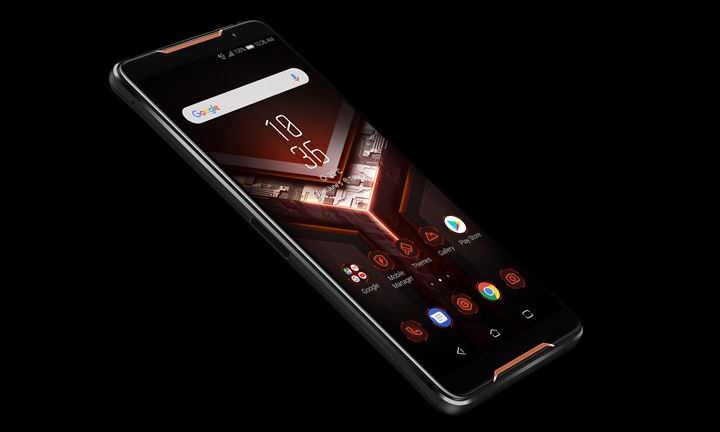 The ROG Phone takes on its rivals like the Razer Phone and Xiaomi’s Black Shark which are not available in India or possibly won’t be coming anytime soon in Indian market. Asus ROG smartphone wins on the game and could possibly be a real game-changer for Asus in the Indian market. Stay tuned for the pricing and more details of the smartphone.