Razer phone has been in news for a while now. After several rumors and different leaks, the Razer phone is now official with its launch event in London. As rumors where around the smartphone looks similar to Nextbit Robin, although the build quality on the Razer phone is much better and feels premium. Razer phone is been launched as a gaming device where the handset is capable to handle all majority of the games which are available on the Play store. 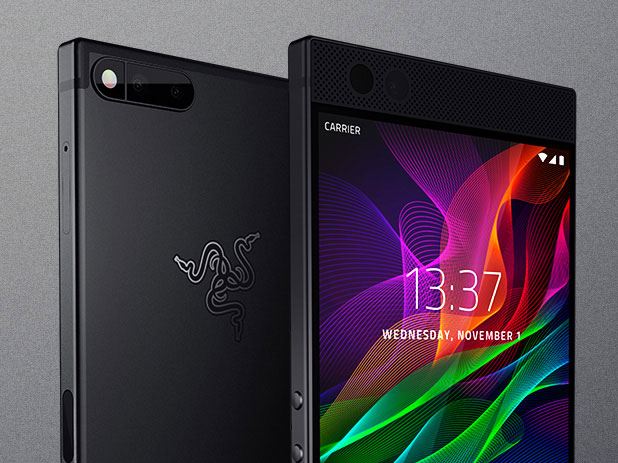 Coming to the specification of the smartphone, the Razer phone is made out of a slab of Aluminum and has an all different shape from the regular smartphone. It has a rectangularity design with sharp edges and corner. The hardware on the Razer phone has some top-notch specs and numbers. The power button and the fingerprint scanner are integrated onto the side of the device.

The smartphone is powered by a 10nm Qualcomm Snapdragon 835 processor with Adreno 540 GPU and a whopping 8GB RAM and 64GB internal storage, there is a support for an expandable storage option and can be taken up to 2TB using microSD card. The display on the smartphone is a 5.7-inch IGZO display with 240*1440 pixels resolution and WCG. Razer phone is also using the UltraMotion adaptive refresh technology, which makes use of GPU to remove whatsoever lags during the use of the smartphone. The 5.7-inch display on the smartphone comes with Gorilla Glass 3 protection. 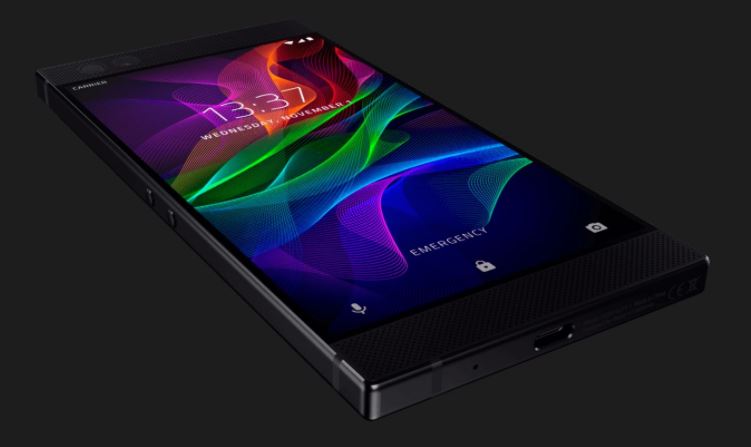 All these extraordinary specs are backed by a 4,000mAh battery and supports Quick charge 4+ which could be the first device to ship with this technology. Connectivity option on the smartphone include 4G LTE, Wi-Fi 802.11 a/b/g/n/ac, Bluetooth 4.2, NFC, GPS, and USB Type-C port.

The Razer phone will cost you about $699.99 in U.S while in UK and rest of Europe it comes with a price tag of £699.99 and €749.99 respectively. The smartphone is made available via Amazon.com and you can also get it offline in selected Microsoft stores. The pre-orders have already been started and shipping of the Razer phone will begin from November 17th. If your a hardcore gamer and love to play games then this could be something you should look out for, although you will have to pay $700 for this beast gaming smartphone.

Head on to the official website to know more about Razer Phone.