Royal Enfield Interceptor 650 and Continental GT 650 have been launched in India, comes with a price tag of INR 2.4 lakh which makes it the most affordable 650cc bike in the country.

The 650 twins are the most powerful Royal Enfield and brand’s first modern twin-cylinder engine. Both the bikes carry very distinctive body styling. The Interceptor 650 is a retro roadster with an upright riding position. The design elements of Interceptor makes it touring friendly bike. The Continental GT 650 on the other side carries a very aggressive stance and has a cafe racer design.

Powering the newly launched Royal Enfield Interceptor 650 and Continental GT 650 is a 648cc, twin cylinder, liquid-cooled engine with a six-speed transmission, churning out power and torque output of 47 bhp and 52nm. The gearbox comes with a slipper clutch for seamless and easy transmission and gearshifts. 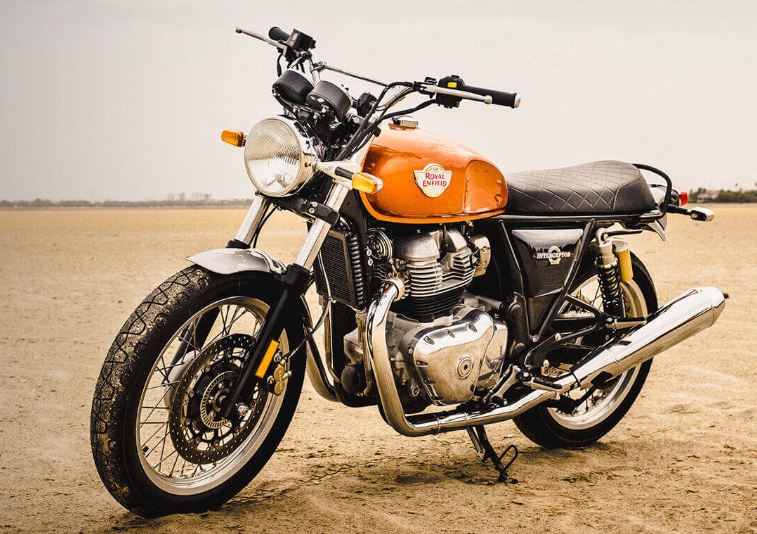 Braking on both the bike is taken care of a 320mm disc brake which is up front along with a 240mm disc brake at the rear. A dual-channel ABS ( Anti-Lock Braking system) is been offered with the bike as standard which offers some extra safety. The suspension system of both the bike comprises of conventional telescope up front forks with gas charged twin spring shock absorbers at the rear.

The motorcycles all-new 648cc, air-cooled, SOHC, fuel-injected, parallel-twin motor which churns out 47bhp at 7,250rpm and 52Nm of torque at 5,250rpm. The engine is been paired to a 6-speed gearbox with slipper clutch. The fuel tank of Interceptor 650 is 13.4 litres while the Continental GT 650 has a smaller tank of 12.5 litres. Ground clearance on both bikes is 174mm. While the Interceptor scale at 202kg and the cafe racer at 198kg.

Both the bikes have been launched in India at a starting price of INR 2.5 lakh. In Kerala, the price of the Interceptor 650 has been kept at Rs 2.33 lakh. The price of the standard models of the Royal Enfield Interceptor 650 and Continental GT 650 has been priced at INR 2.5 lakh and INR 2.65 lakh respectively. The custom models of the bike start at INR 2.57 lakh which goes up to INR 2.9 lakh. All the prices being ex-showroom. Royal Enfield is offering a standard warranty of three years or 40,000 km. You can also get three-year Roadside Assistance with the newly launched bikes. 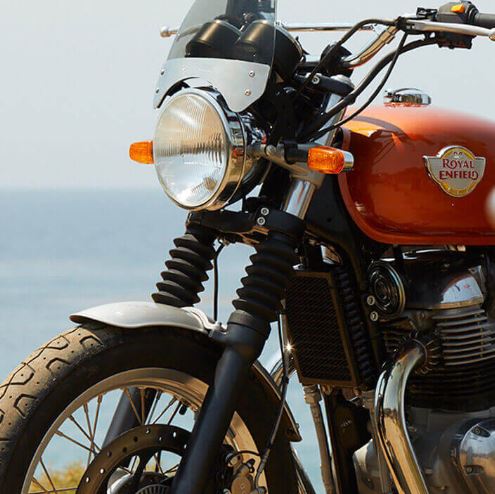 Bookings for the new Royal Enfield Interceptor will begin officially today. The deliveries can be expected as soon as possible.

Given the aggressive pricing of the twins, they do not have any direct rivals as they are been priced between the single-cylinder performance bikes in India. The closest rival of the new twins is been priced at Rs 5.30 lakh.

Royal Enfield a brand which has made its roots into world two-wheeler market for there strong and powerful bikes has made a huge announcement. Royal Enfield the brand that everyone trusts the quality and build what they deliver has moved a step ahead. Till today they have a series of […]