The Selfie has been one of the trending things that have ever happened from last 2 to 3 years and is still going strong. The year 2017 is about to end and we had some of the best smartphone launched in India. Many of this smartphone was specially launched to the Indian market as Selfie phone because they had some extraordinary front camera features.

Today we have a list of some of the extraordinary selfie smartphone which was top rated and best in its class.

Asus Zenfone 4 Selfie is a device powered by a Qualcomm Snapdragon 430 processor with 4GB RAM and 64GB internal. That’s not it if you feel 64GB is less for your selfie photo than you can expand the storage up to 2TB via microSD card. The display on the smartphone is a 5.5 inch HD IPS display with 2.5D glass with several features one of them it is the blue eye filter protection. The camera on the Zenfone 4 Selfie has a dual secondary camera setup which is a 20MP+20MP sensor with many features integrated into it. The front camera has a 16MP shooter both the front and rear camera has LED flash. The smartphone comes with almost all connectivity option. The device is supported by a 3000mAh battery which can last for a half day usage.

Oppo F3 Plus features a 6.0 inch IPS display with a pixel resolution of 1080*1920 pixel and powered by a Qualcomm Snapdragon processor with 4GB RAM and 64GB internal storage which can be expandable up to 256GB. The camera on the smartphone has a 16MP rear camera and a 16MP+8MP front sensor for capturing those beautiful selfies. The device has a 4000mAh battery which lasts for a day long. The display on the smartphone is protected by a Gorilla glass 5. The smartphone comes with Google assistant and a screen which is vivid, bright and crisp. Oppo F3 Plus also comes with a fingerprint sensor.

Vivo V7 Plus is yet another selfie smartphone from Vivo which features a 5.99 inch IPS LCD display with 720*1440 pixel and a Gorilla Glass 3 protection. The smartphone is powered by a 1.8 GHz Qualcomm Snapdragon 450 processor with 4GB RAM and 64GB internal storage. The storage can be expanded up to 256GB via microSD card.  The camera on the smartphone is 16MP rear shooter while the front camera is 24MP front shooter selfie shooter. The Vivo V7 Plus comes with 3225 mAh battery. The device also has an aspect ratio of 18:9 which is almost called bezel-less display. Overall the smartphone performs well with a pretty good camera sensor for a better selfie.

Apple iPhone 8 Plus runs on iOS 11 and features a 5.5inch Retina display with true tone resolution of 1080*1920 pixel. The smartphone runs Apple A11 Bionic Neural chipset with 2GB RAM and 64GB internal storage.  The Apple iPhone 8 Plus comes with the dual 12MP rear camera and a 7MP front-facing shooter. Both the camera performed very well in both low light and dark lighting condition. The camera on the Apple iPhone 8 Plus comes with many additional features making your pictures look good. There are a bunch of sensor in the phone which makes it work well. 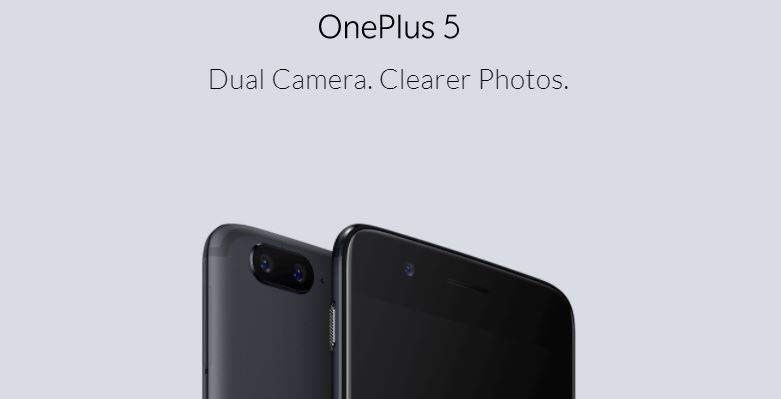 OnePlus 5 is powered by Qualcomm Snapdragon 835 processor with 6GB RAM and 6GB internal storage. Running Android Nougat out of the box it has much of the stock feeling. The display on the smartphone is 5.5inch AMOLED with Gorilla Glass 5 protection. The primary camera on the smartphone is a dual 16MP+20MP shooter and the front camera is a 16MP sensor. The primary camera can shoot video in 4K as well. OnePlus 5 has 3300mAh battery with Quick charging technology. Overall the device performance extraordinary and looks feels great.

Honor 9i is the latest offering smartphone from Huawei. The smartphone runs Android N out of the box and features a 5.9 inch IPS LCD display. The device is powered by Octa core Kirin processor paired with 4GB RAM and 64GB internal storage. The camera sensor on the smartphone is a 16MP+2MP rear shooter and a 13MP+2MP front shooter both the camera are dual which give out good pictures. The Honor 9i comes with 3340mAh battery which can last for a day long. The price it is available at offers good specs and the smartphone also has a Full HD 18:9 aspect ratio display. The custom UI on the smartphone by Huawei needs some more improvement.

OnePlus 5T to go on Sale today in India

OnePlus 5T 6GB and 64GB variant is priced at INR 32,999 Sale starts at 4:30 pm IST on Amazon.in for Prime members OnePlus 5T, the first bezel-less display smartphone from OnePlus which was launched in India a few days back will be going on Sale today. The first sale of […]

Huawei Honor did really well in India for the year 2017. During the second half, Honor launched the Honor 9i a smartphone with dual front and rear camera. By the end of the year 2017, it went step head and launched Honor 7X and Honor View 10, both the smartphone […]

The smartphone market is going on increasing every single day. There is a long list of choices which are available in the market which might get you in confusion on which device you should buy. Buying an affordable smartphone that will last for a long time with 6GB RAM and […]